A member of staff at work has been getting a number of texts like the below. He got a batch of them in July, and then again 2 weeks ago.

Am trying to find out if this is a hack attempt. Has anyone seen similar, is there an explanation?

NB, he doesn’t know the number sending them.

Also, his phone runs iOS 9.3.2 (though he is not sure when he last updated).
There was a serious vuln published in July to do with image handling which apparently allowed a hacker to exfiltrate passwords just by sending an image and having it render in messaging. My main worry is that this might be something to do with that? 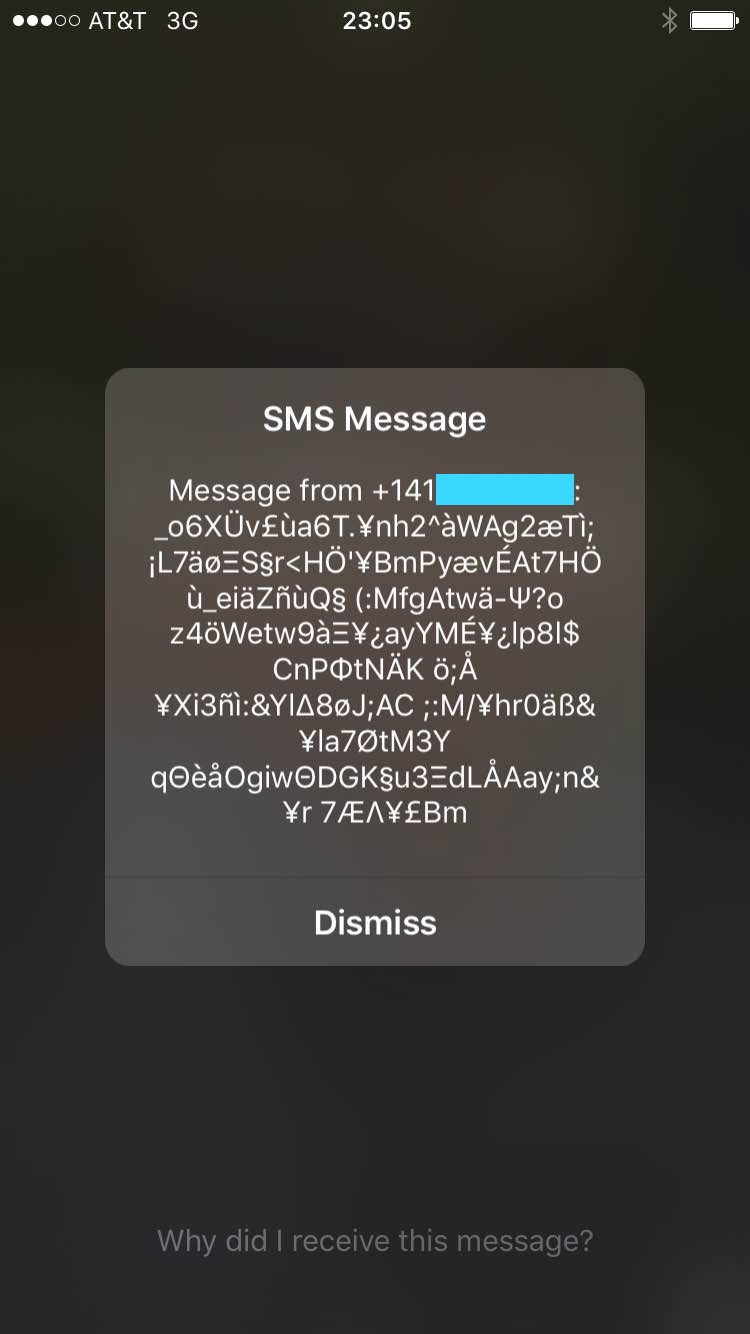 I’ve experienced having to report possible security issues to two different service providers and can say that you’ll need to be patient & persistent. This is because from my expenses to get in contact with both the right department and the correct person took multiple calls, transfers, and luck. Most will tell you to turn it off and back on again in which case ask to be transferred up the chain till you get someone with more that the minimum required metal capabilities to be considered living and warm.

That all being said the best course of action is to notify the service provider because not notifying them may make you partly liable for damages done to other servers or devices. Think of it like knowingly spreading an infectious disease if you don’t notify them because that device is showing symptoms.

For Rooted Android (attacking/sniffing) I like InterceterNG and DSploit for intercepting traffic between another device and it’s WiFi access point. However for this to work on cell phones and force all traffic through the WiFi the target should first be put into ‘Airplane Mode’ and then have it’s WiFi turned on. Then fire up interceptor on the attacking Android device and sniff away. WireSkark helps with pcap files but if you just need IPs and packets with time stamp IntercepterNG is great on the go; it’ll even try to help strip https.

… the suggested course of action was to intentionally “Man in The Middle” (MiTM) attack the device’s Wi-Fi and profile it’s traffic.