For this demo, I’m using the 2013 version of the Stack Overflow database, and SQL Server 2022 CTP2, but it is valid going back through SQL Server 2017 which is as far back as I care to check.

For this function, SQL Server tracks execution time spent in the function:

Here’s the query and execution plan:

You can see that both in the query plan and in the Query Time Stats property, time is tracked accurately.

Here’s the second function, where that doesn’t happen:

Here’s the query and execution plan:

Even when forced serial, the time is not accurately tracked: 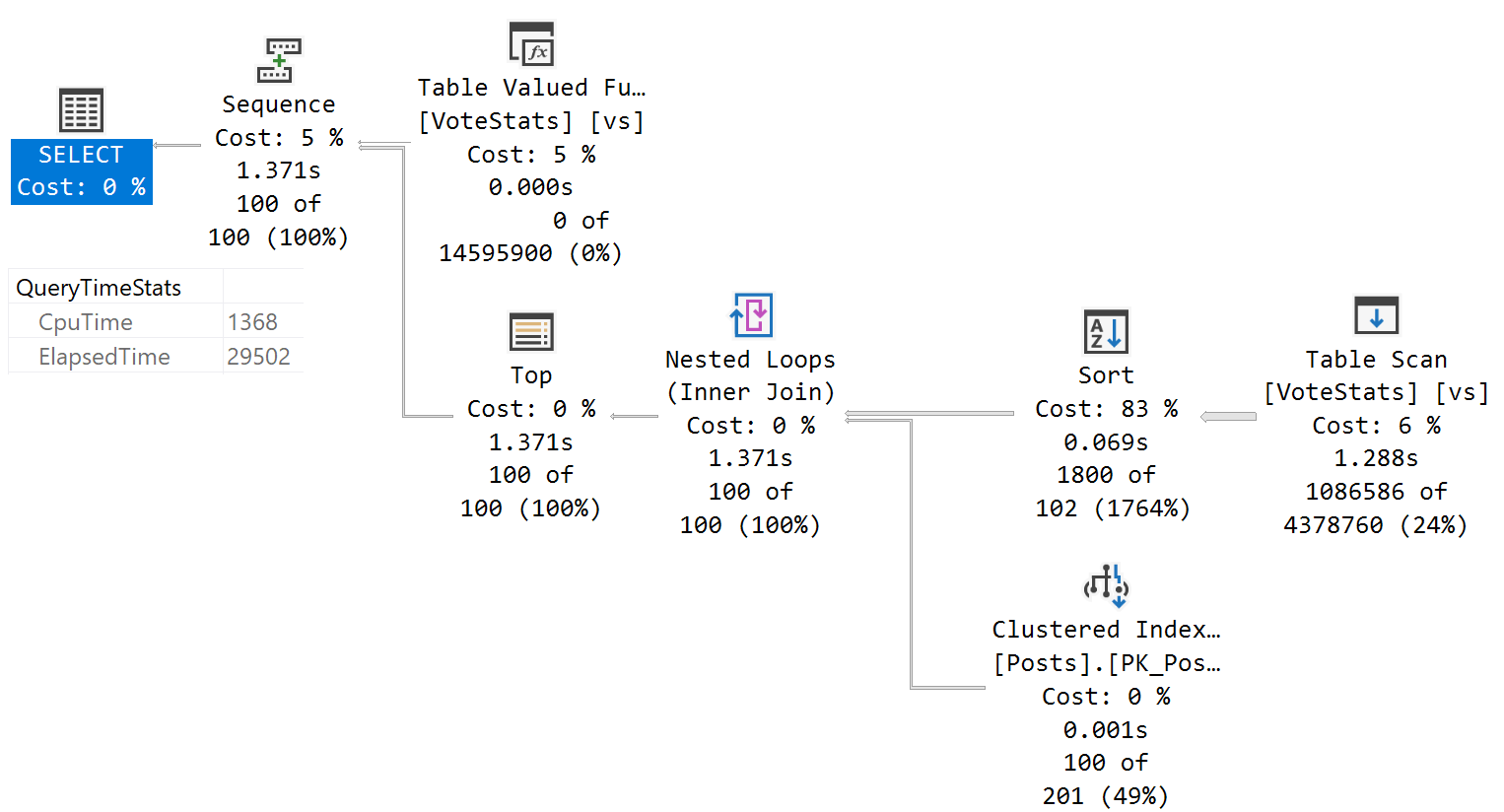 Back to the question at hand: Why is time tracked in one query plan accurately, but not in the other?

This is a consequence of using interleaved TVF execution.

Your first example does not qualify for interleaved execution, but the second one does. The second example plan’s root node has the property:

The TVF population node in the second example has:

Running a test query with a hint to disable that feature:

Gives a plan including timing for populating the TVF:

This issue only occurs on the first execution of a statement qualifying for interleaved TVF execution. SQL Server executes the TVF population part of the plan to obtain an accurate cardinality estimate during query optimization. The rest of the plan isn’t compiled and optimized until after that information has been obtained.

On subsequent executions (where the plan is reused) SQL Server does run the table variable population step as part of regular query execution, so runtime performance numbers show up as expected in showplan output.

If you run your second example again, reusing the cached plan, you will see complete runtime performance information.

Note: This behaviour relates specifically to the interleaved TVF execution feature of Intelligent Query Processing. It is not a consequence of the normal caching behaviour of TVFs as I explain in my self-answered Q & A Does SQL Server cache the result of a multi-statement table-valued function?.

Tracking time in parallel executions (exchange operators and child threads) isn’t trivial, and can’t actually be accurate with current implementation. The other plan is serial, so easy to track accurately. What makes you certain it’s about a function? Any rowmode parallel execution will not be accurately tracked per operator (time-wise).

SQL Server, Allow remote connections to this server option. What does this do?