I’m in the process of setting-up a datawarehouse using Fivetran as the ETL layer. One of the source databases is a AWS RDS Postgres instance.

I’ve configured the Postgres instance to perform Logical Replication of the WAL using the test_decoding plugin. All seems to work fine during office hours, however outside office hours when no queries are preformed, the oldest replication slot lag size is increasing despite the fact the Fivetran connector performs a sync. 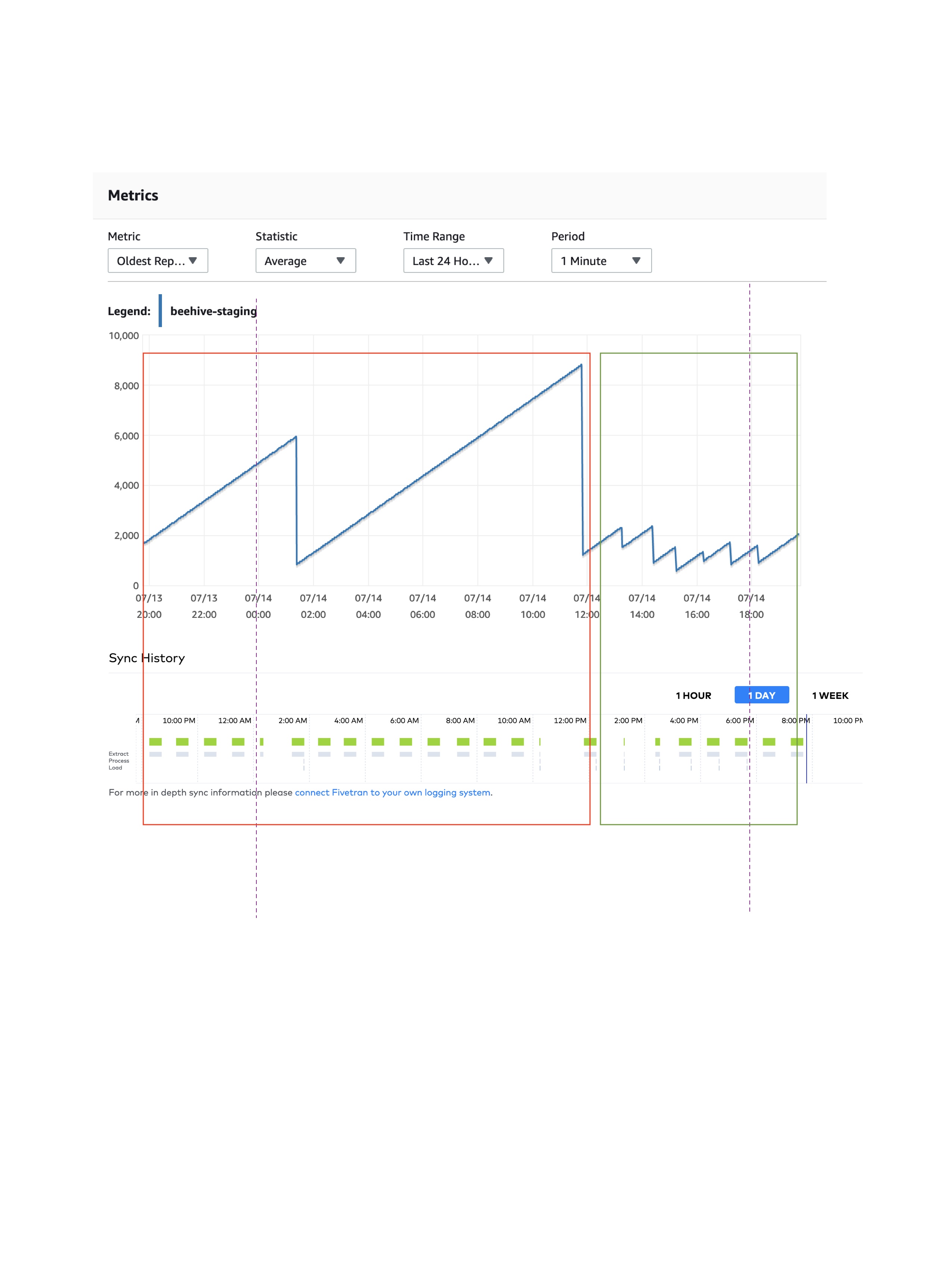 I contacted Fivetran with this issue, but they were yet unable to find out the problem, therefore I’m asking the community.

The rest of the configuration is default.

I also checked other questions, there’s only one that might come close https://dba.stackexchange.com/a/103806/235086, but I’m unsure if it applies here since it about the lag in seconds instead of size.

It seems that others had the same problem and came up with a solution called a ‘WAL heartbeat’ see 1, 2, 3, 4 and 5. This is a recurring proces e.g. cron job that writes a tiny amount of dummy data in the database to advance the replication slot.

Fivetran later confirmed that they’ve also seen this behaviour and are therefore rolling out WAL heartbeat support in Q3 2021.

Because there was no built-in WAL heartbeat support in RDS or from Fivetran (yet). I’ve implemented my own, by creating a recurring background job that creates a record every 15th minute e.g. 13:15, 13:30, 13:45. This solved the problem, as you can see the graph below. After the deploying the fix I could see the expected sharkteeth over the weekend when there’s normally no activity. 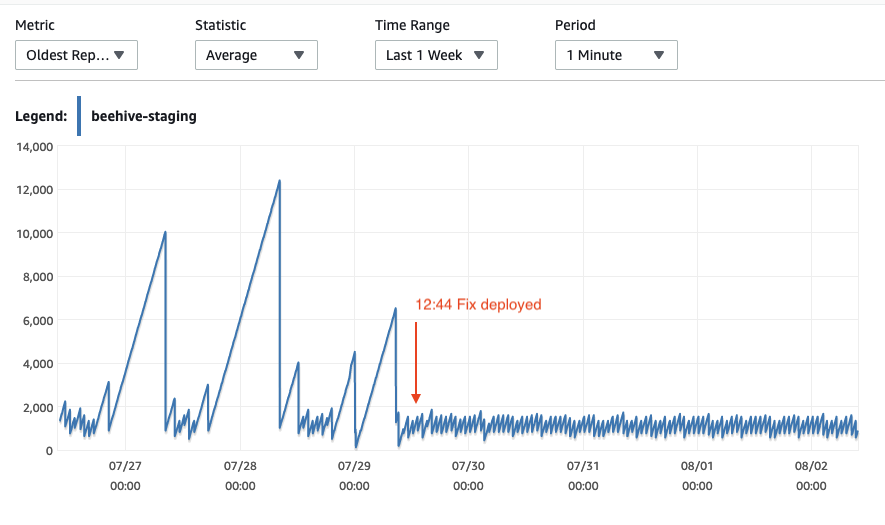 I also want to share how I was able to debug it.

When I inspected the restart_lsn and confirmed_flush_lsn of pg_replication_slots they’re were both the same, indicating that the replication was not lagging.

Also when the connector was performing its sync, the slot became active and I could see that the sent_lsn and write_lsn of pg_stat_replication were both the same, also indicating that the replication was not lagging.

However in the replication lag graph was still increasing, eventhough the pg_replication_slots and the pg_stat_replication didn’t indicate a lag.

In order to debug the issue even further I decided to create a record to get some activity going on the database, after creating a record I synced the connector manually. That’s when I saw that the replication lag plummeted down. See the graph below. 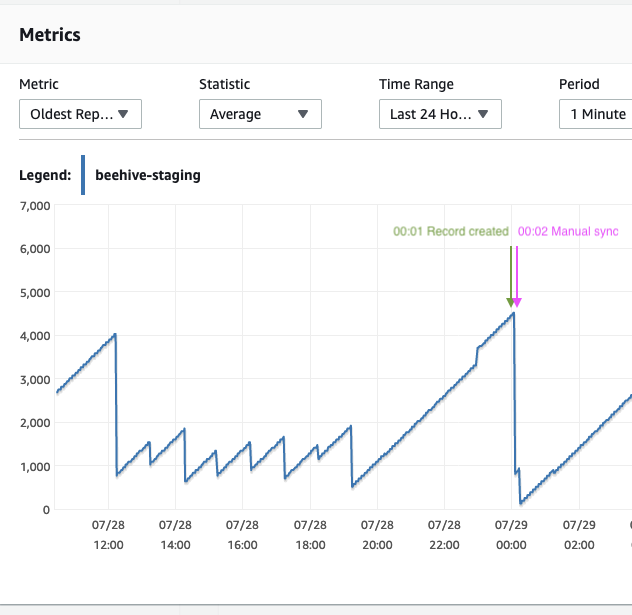 Based on these observations I’m concluded that the replication lag is increasing because there are no changes to sync, causing the database to keep it’s WAL.

Is it safe to use default value with not null when adding a new column?