I have two servers:

On server A, despite it being smaller, the database works well and transactions are very fast with over 200 concurrent users.

On the much larger server B this happens to me: up to 50 concurrent users is not a problem and the database works well, but after the number of users to go beyond 50, the database starts to slow down.

Both servers have the same database, same tables, same stored procedure, same applications, in practice they are a copy of each other.

How can I figure out where the problem lies?

This is the configuration file:

I also tried to put the my.ini from server A on server B, but nothing changed. 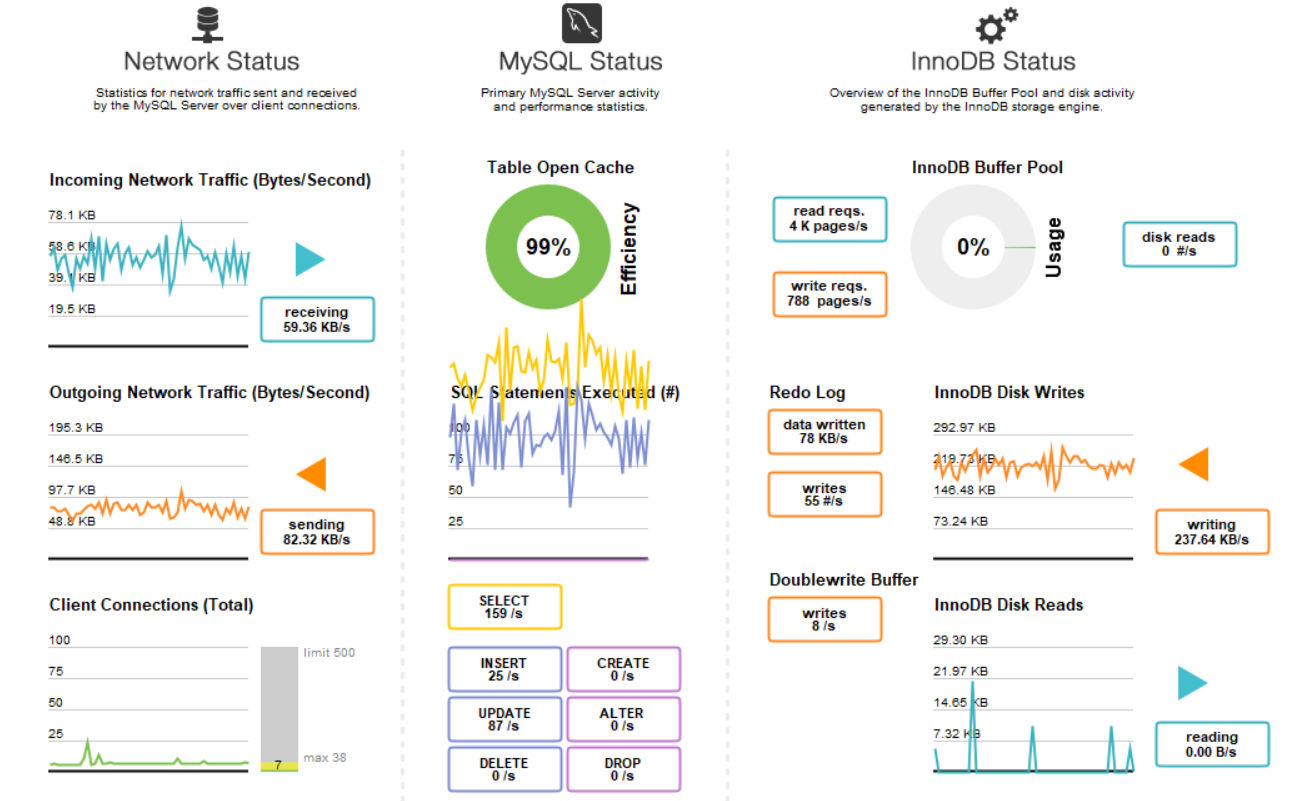 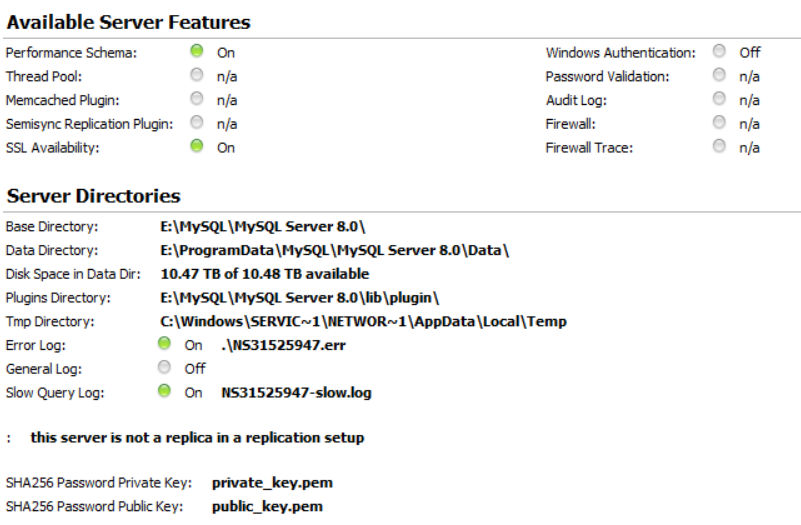 No more than 1% of available RAM (each):

If you would like further analysis of settings, see http://mysql.rjweb.org/doc.php/mysql_analysis#tuning
That analysis will include discovering whether you are I/O-bound, hence confirming that SATA vs NVMe is a big issue.

Speeding up queries is another way to scale; let’s analyze the SlowLog

The Answer talking about SSDs leads to the need to speed up "slow" queries. Note that the slowlog measures elapsed time, hence captures disk I/O. Be sure to set long_query_time = 1.0 (or lower).

Buffer_pool of 10G; data folder with 13.8GB… When a server is first started, nothing is in the buffer_pool and queries run slower than they will eventually. This is due to I/O. (And as already discussed the machines have different I/O speeds.)

Eventually the buffer_pool will fill up and further actions may (or may not, depending on the "working set size") lead to thrashing — I/O to bump out stuff in the cache in order to load new things. This I/O will be especially problematic if queries are doing full table scans.

Since you have lots of RAM, you should increase innodb_buffer_pool_size. However, if your data size continues to grow, you may eventually hit the sluggishness again. You should locate any "slow" queries and consider how to avoid "full table scans" (or whatever is making them slow).

The one word that grabs my attention is SATA. SATA is slower than SSD

There is a webpage entitled Types of hard drives: SATA vs. SSD vs. NVMe

It says in part

SSD stands for Solid State Drive. These disks don’t have any moving parts. Instead, all of the data is stored on non-volatile flash memory. That means that there isn’t a needle that has to move to read or write data and that they are significantly faster than SATA drives. It’s difficult to find an exact speed because it varies by manufacturer and form factor, but even the lower-performing drives are comparable to SATA drives.

I would suggest putting everything on SSDs. I mentioned getting away from SATA in my old post MySQL/Percona Server is taking long and I'd prefer to skip all this waiting even if it means data loss

I would also suggest splitting the redo logs away from the data using separate disks (See my old post MySQL on SSD – what are the disadvantages?)

I would also set innodb_thread_concurrency to 64 (See my old post MariaDB 10.1.22 to use more RAM rather than CPU)

Difference between database vs user vs schema