Using cmd and ping on Windows gave me the following results: 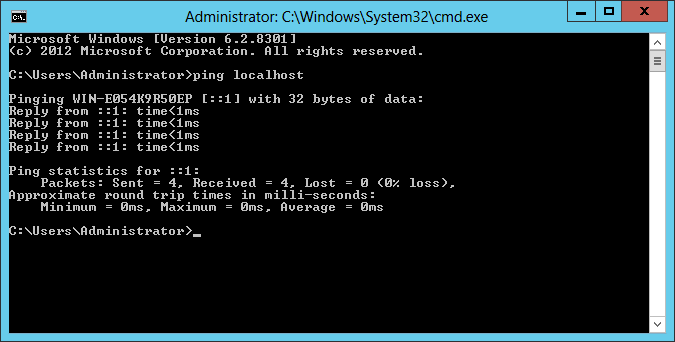 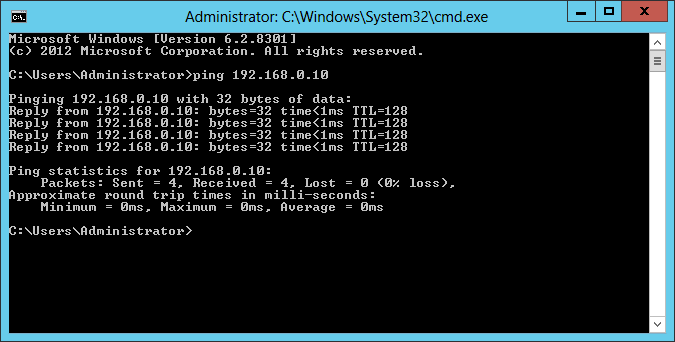 Aren’t both situations exactly the same?

I mean, I’m pinging the same interface, the same machine and the same address. Why do I get such different results?

EDIT: Here is my ipconfig /all screen: 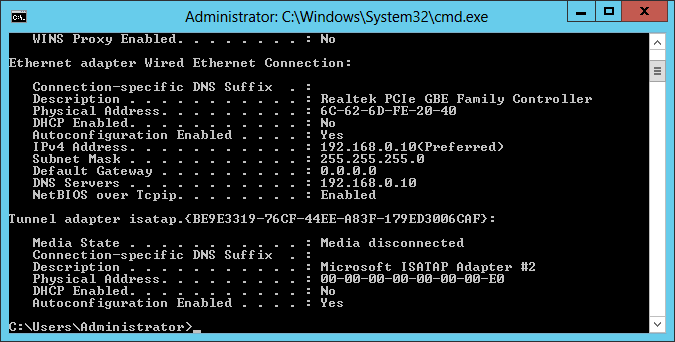 You are not pinging the same interface, without any physical interfaces you still have a "local host".

Your localhost is used to refer to your computer from its "internal" IP, not from any "external" IPs of your computer. So, the ping packets don’t pass through any physical network interface; only through a virtual loop back interface which directly sends the packets from port to port without any physical hops.

Okay, so, where does it come from, let’s look at the hosts file.

Hmm, we have to look at the DNS settings of Windows.

This KB article tells us about a setting that affects what Windows prefers, emphasized in bold:

This table decides what prefixes get precedence over other prefixes during DNS resolves.

Ah, so using that KB we could add entries here that denote that IPv4 has higher precedence than IPv6.

Note: There is no reason to override this behavior, unless you are experiencing compatibly problems. Changing this setting on our Windows Server broke our mail server, so it should be handled with care…

The loopback interface exists independently of your Ethernet interface(s).

Even without the complication of IPv6 you’d have two distinct addresses.

The loopback interface might well be in a different software layer, more remote from real hardware. I doubt it depends in any way on your specific Ethernet interface driver for example.

Localhost and your IP address are not the same thing.

The localhost is a special software only IP Address, that is linked to your system. Localhost, or 127.0.0.1, is a loop back address. It always points to your system, and is only accessible from your computer. This routing occurs at the OS level, and definitely never leaves the NIC… So there is no chance for it to hit the network….

Pinging your own IP address is similar but it potentially involves the entire networking stack, since it needs to detect that it is your IP address, and route it correctly…

The effect should be the same, but there can be differences.

For example, unplug your network cable. Ping your static IP address. You may get no route to host, or other errors. Now ping localhost or 127.0.0.1, and it will work.

I realize from the screenshots this question isn’t about Linux, but it perhaps makes a useful “case in point”.

The device to which the IP is assigned will never see the packets. (This is good because it would not do the right thing with those packets: it would want to send the suckers out.)

However, if the interface which holds that IP should happen to go down, you’ve lost that connection. The mapping to loopback will stop working.

So in other words, it is a workable design to regard those local addresses to be aliases for the loopback device.

Take a look at function ip_route_output_slow. This calls fib_lookup, and if this function returns the code RTN_LOCAL, dev_out is rewritten to loopback:

It looks like the “Localhost” alias is resolving to the IPv6 loopback and when you explicitly use an IPv4 address obviously it doesn’t.

@ebwhite is right about what.

Now, the why might be that you have Teredo set up (I can’t tell from your screenshot, piping it to a text file and pasting the whole output is better) – the behaviour of localhost being IPv6 is consistent with the systems on my IPv4 only network with teredo installed, but systems without it behave as you expect it to getting 127.0.0.1 when you ping localhost. I’ve tested this with Windows XP and need to see what my Windows 7 systems do and update the question.

Generally, systems default to IPv6 if IPv6 is available so, your system is working as it should by-design.