I tried using a regular stylus on the Microsoft Surface, but that doesn’t work; the screen is unresponsive. Is there a stylus available or does anyone already have good experiences with another type of stylus?

According to Paul Thurrott’s Microsoft Surface: RT vs. Pro, a Specifications Comparison article:

Pen. A number of readers were worried that Surface RT/Windows RT didn’t support pen input. It does.

Further, if you go to the official Help Me Choose page, click the Download specs link and read the PDF, it clearly states: 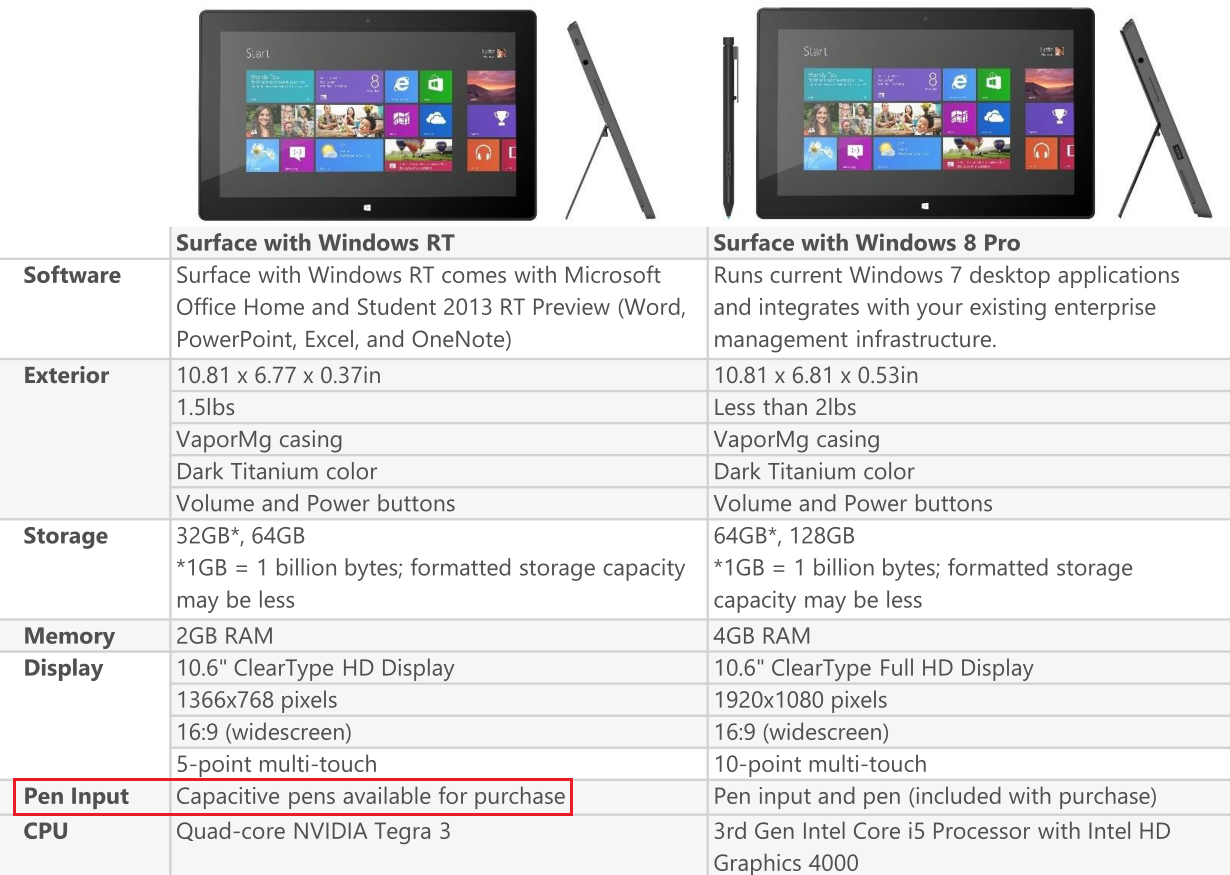 Capacitive pen means nothing but finger replacement, i.e. instead of using your finger, the pen tip has enough contact surface that mimics finger touch.

So in the end, Microsoft stating that RT supports capacitive pen seems a bit misleading because any touchscreen essentially supports such as they are nothing but a replacement of your finger. But true underlying technology is not there to replicate pen & paper experience. So if that is something you are looking for, you have to watch out.

Pen input is not available on the Surface tablet running Windows RT.

As Karan pointed out in his answer, there is conflicting information on the Microsoft website and as well, other sources point to there being capacitive pens available for it.

Since you mention you have a Wacom tablet, then here a Bamboo Stylus from them that should “just work”.

This is not a product endorsement, there should be plenty others by many other companies to choose from, none of which have I personally tried.

It will be available on the Surface that runs Windows 8 Pro, which is I believe is slated for release sometime in 2013.

This pen (with Surface Pro) will apparently be of the digitizer variety (similar to your mentioned Wacom), which should have the features and resolution more similar to what you’re used to with your Wacom.

Disable control+enter when typing a message in Lync