Characters are displayed within boxes.

Prolific on Stack Exchange sites such as Stack Overflow this appears in the user profile areas like Accounts: 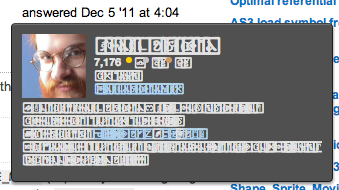 Loading the same pages in Safari has no issue – the fonts appear normal as expected.

In Chrome, if I load Developer Tools and change the elements font-family the page renders correctly.

To assure standard Mac fonts, in Font Book I selected File » Restore Standard Fonts… which did not solve the issue. There are no reported font conflicts in Font Book.

My system has Helvetica Neue installed: 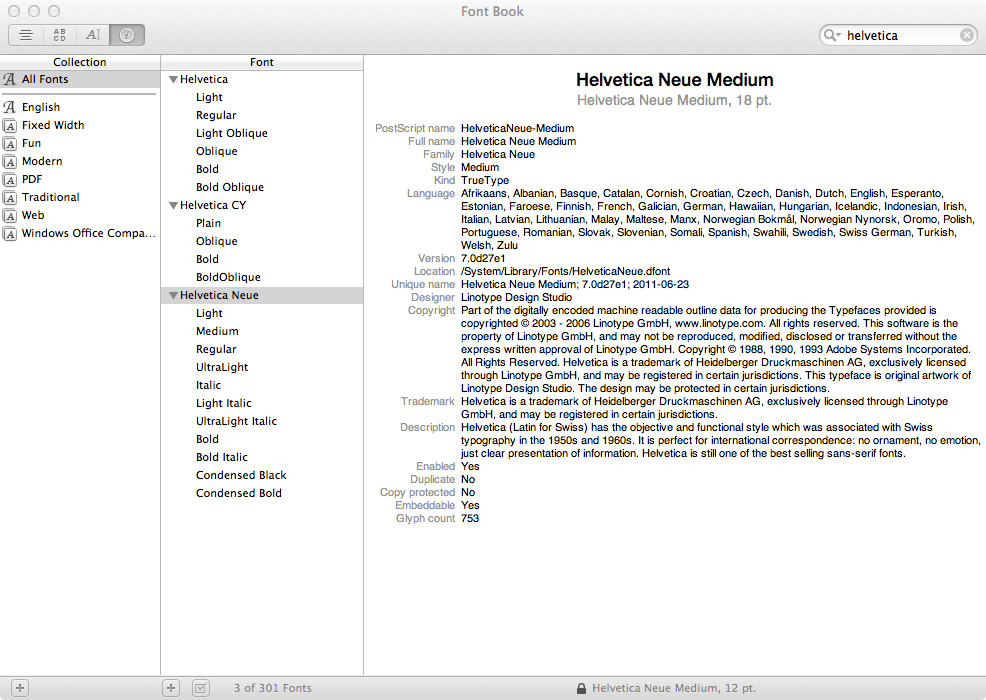 Researching, I found a similar question here of Helvetica font only corrupted in Chrome on OS X; however, no solution.

How can I resolve Helvetica Neue font rendering issues with Google Chrome browser?

I’ve seen that happen before to a workmate.
Removing the font and re-installing solved the issue.
If you need assistance removing fonts from OSX and reinstalling follow this link

To clear the current user’s font cache, first quit all running applications (otherwise, you may see font oddities after using the command), then open Terminal (in Applications -> Utilities) and run this command:

If you want to remove the font cache for all users, use this command, and provide your admin password when asked:

Once you’ve cleared the caches, you should stop and restart the ATS server with these commands:

It will take a second or two for the server to restart, but when it does, you should be good to go. If anything still looks odd, a logout and login should take care of any lingering issues.

I had the same issue and narrowed it down to the HelveticaCY.dfont. After removing this from /Library/Fonts, the issue is gone.

Make sure to clear your font cache and reboot, of course.

UPDATE: and…it keeps happening again and again. A font cache deletion clears it up for about half a day, then bamf, it’s back.

I had the same issue, but fixed it by deleting DUPLICATE Helvetica or Helvetica Neue fonts.

I am using OS 10.9 Mavericks, and I noticed FontBook had an error which allowed me to automatically resolve one of the fonts, particularly Helvetica. In addition, my third party font manager program, called Linotype FontExplorer X, showed the Helvetica Neue font was installed twice: once as a a system font and the second as a font to be accessed by various non-system applications. When I deselected the duplicate font—so that it was only installed once as a system font—my boxed characters disappeared and the correct font was loaded.

Once these font changes were made with my two font manager programs, I quit Chrome and then opened it again. The problem has been solved for me thus far.

It appears that the problem has little to do with all of those things mentioned above (and I’ve tried them all). Go to FontBook and check your Arial. If you have any other Arial than the system one, remove it and activate the system one (if you’ve removed system font completely, you can use FontBook restore option). Restart Chrome.

Why do I need to enter a password for the Default Keyring to unlock?