However, if I perform a grunt serve locally, I can see the icon as I expect.

I don’t know if this is a Yeoman Angular-fullstack issue, grunt issue, font-awesome issue or Heroku issue so I’m throwing it out there. Maybe someone can help limit this down.

Note: I’m using “components-font-awesome” instead of “font-awesome” because grunt won’t build font-awesome correctly so it was advised to use the shim.

What I see when served locally: 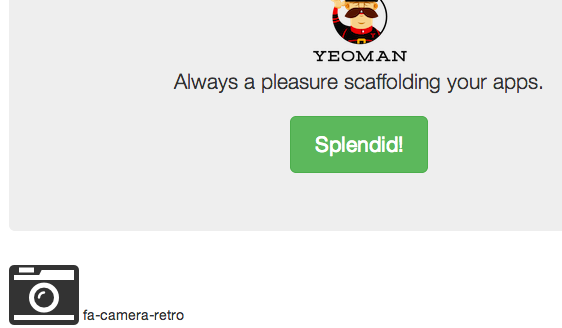 What I see when built and pushed to heroku: 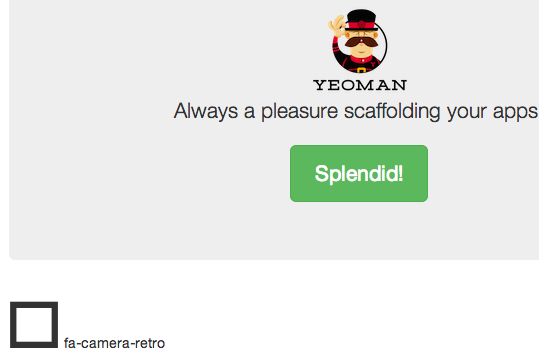 In this version of the Yeoman angular-fullstack generator, the grunt build command builds the delivered files under the dist directory. The other stackoverflow answer (that was referenced in the comments above) hinted to put the font-awesome fonts directory directly under the dist level. However, the served files are under dist/public. Therefore, it’s under the public directory where the fonts directory currently exists and the font-awesome font files should be placed.

To complement the accepted answer, here is the way to go:

I created a distinct answer as suggested by other comments.

Christophe’s version didn’t work for me.

This worked for me:

This is what worked for me:

If install font-awesome via bower, open “bower_components/font-awesome/bower.json” and find the following block of code:

Add the CSS to this “main” node array:

Start your server, or stop/start if it’s already running, and font-awesome css ‘should’ now be injected.

I have a problem with my js file using AngularJS: "Error: [ng:areq]"